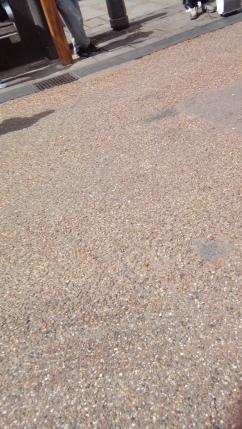 No one “owns” Autism that includes me, you the person next door- I think it is important to know what “autism” and “asperger’s” in terms of profiles are the presentations that come with them.

What are the components? (information processing, environment, mental health, personality, identity, learning types) By looking at these pieces you can understand what to do (or not to do) there are many different paths so by being open to possibilities.

Going Against The Grain

I know my views aren’t popular for one because they go against the status quo of “neurodiversity” that is fine.

Looking Beyond The Rhetoric

Has anybody wondered what autism really is? Has anybody can beyond the passe rhetorics, memes or generalised views to know how to understand it? To empower people with autism, their parents and professionals etc?

Looking Deeper Means Looking AT What Is There

Isn’t it time to know what makes up a person on the autism spectrum? Dig deeper? I can tell you this is what my autism is made up of –

This took six years of research and self-reflection to get to this point.

Let’s Think About It

For a so called “accepting autism community” I have seen plenty of internal upset, bullying, gas-lighting, trolling, arguing, tears and upset to last a life time. Autism has created a “culture” around itself and personally I have seen nothing healthy come out of it. I came into this in 2010 with my parents we quickly got out of it my parents still don’t “get it” the militancy by people on and off the autism spectrum and I have recently been reminded of why I stay clear of it.

The people and parents who seen themselves as human beings first (not defining by their “autism”), who are living their lives not consumed by labels and redundant definitions are the ones who are great examples.

This isn’t a game and when you are toying with people’s feelings directed at people who dare to above the parapet a speak from the heart and not tow the line Is this fair? I am all for healthy disagreement lets start listening.