The last ten years have been very intersting in 2009 I was recently out of the Mental Health Services with two personality disorders, auditory hallucinations and psychosis, I was self harming and attempted suicide.

By clinical observations I was serverely autistic, I was profoundly meaning deaf, meaning blind, body disconnected, oral apraxic and didn’t gain functional speech till later in infancy. I was and am thankful to my parents who had no means of any interventions (in the late 80s many were dated).

In 2010 I was diagnosed with autism and OCD and my speaking career started off in which I went freelance in 2015.

By “non-autistic” standards I “made it” in many ways I suppose. I was considered “retarded” by the village I lived in and was targeted and bullied by the children and adults till my mid-teens.

I was targeted and bullied at school from primary to secondary when I finally left in 2002 (with an isolated incident of sexual abuse) in the latter.

I went on to do an ICT coursecfor a year and had the greatest experience of my life from and educational perspective it proved I could be educated.

The bullying in employment started in 2002/3 so multiple jobs were lost and gained.

I was thankful to the autism base in Chinnor in around 2008/9 for supporting me as well as the start of my speaking career in 2010. Over that period of time I wrote and authored 5 books.

The bullying in employment stopped in 2015 when I went freelance and started working for My World.

This is longest time in employment that I have been safe, comfortable and seen as a part of the team.

I Am A Person-First

People wonder why I use “person-first language” this is why because I do not want to be defined by a “label”. I do not like serperatist “them and us, us and them” rhetoric we (as beings) are all a part of the human race

From 2013 onwards to now I am pleased to have met some of the most wonderful and friendly people in both my personal and professional life.

I lost my Gramp in March 2017 due to metatastic prostate cancer, one of my dearest friends and mentors Polly (Donna Williams) in April that year also to metatastic breast cancer and my Nan in December 2019 due to pneumonia. I shall always cherish my fondest memories of them.

I almost lost my Dad in 2011 due to chronic lymphocytic leukemia and then meningitis in 2018 as well as my Mum in May 2019 due to a complex thrombotic disease.

I have had great fun dabbling in art, poetry and what I call “insta-modelling” in which to my surprise and support from my friends up north has been rather enjoyable!

I have been interested in androgyny for many years prior and have been told I look as such.

One of things I can do well is pluck my eyebrows which I consider an achievement as much as anything else! 😉

I often teeter on the wonderance of what it means to be a brain with a nervous system?

Why I am here? Why I am attuned and attached to an aging body? Why do I think, act, behave and react the way I do?

People are sometimes scared of their own minds and thought processes seeing them as a darkly moulded appendage that is seperate from one’s self an inner coil of contradictory truths.

As I know at this point I couldn’t be more happier being my own best friend, ally and comfort in times of earthly solace to do the right things. I hold in to truths even metaphorical ones and friends of friends a like flow into our pathly existences once again. 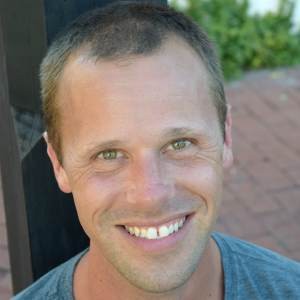 Many thanks to Chris Williams for conducting the interview with me to following the I Share Hope project please click here.

Paul was branded as a “naughty child” at school. He was classically autistic in his early years and gained functional speech around the age of 7 or 8 years old. He went through mainstream school with no additional help or recognition of his autism. Consequently, he did not achieve his academic or his social potential and had very low self-esteem.

After a string of unsuccessful jobs, Paul’s mental health suffered. He was referred to mental health services and misdiagnosed with “Asperger traits with a complex personality”, which did not satisfy. Paul was diagnosed by an experienced psychiatrist, who diagnosed him with High Functioning Autism at 24 years old. 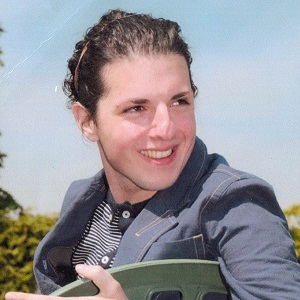 Paul wanted to promote autism awareness and help others on the autism spectrum, in the hope that others would not have to suffer as he had. He became a speaker for an autism organisation and has not looked back! Presenting speeches, training and conducting consultancy, Paul is now a freelance speaker, trainer and consultant who continues to raise the profile of autism at every opportunity. Having done much research, he is keen to explain the differences between Asperger’s Syndrome & Autism using Autism Consultant Donna William’s (Polly Samuel’s) ‘Fruit Salad’ model.

Paul firmly believes in retaining the ASD acronym. He says there should not be a negative stigma around the word ‘disorder’. His message is that Autism is a complex mix of ability and disability and every person with autism (and all people) should be a valued member of society.

Paul in his spare time likes to meetup with friends, create art and write poetry which is both a creative and relaxing output for him.

Hope is Universal. It’s for everybody with Paul Isaacs #isharehope Episode 107

Summary: Paul’s answer to the five questions! Listen to the full conversation on the player above; also available on iTunes, Stitcher and Soundcloud.

Question 1: How do you define hope or what is your favorite quote about hope?

Hope to me is…you got a feeling then create that into action and then hopefully you can make way for the action. Hope is the building blocks of something that you want to change and it could be anything where you actually instill positivity or at least objectivity in someone and go from there. It’s giving someone a realistic framework.

Question 2: Who has shared the most hope with you?

Question 3: How have you used hope to make it through a difficult time in your life?

The one thing that was difficult for me as a person looking in hindsight or in retrospect is the way in which the community didn’t understand my behavior or understood where those behaviors were coming from. One of the sad things for me was how my parents were treated. Within the community, a lot of assumptions were made about their parenting skills. I suppose at that point, that would probably be the time where my parents would have wanted someone to talk to about the difficulties. I would say, looking back in hindsight, it was so much to do with me, but it was more to do with the alienation for misunderstanding. I just think it was a lot of misinformation and misunderstanding that caused the initial alienation.

It was constant criticism which then of course hurts the parents and when I went for education, it was never really anything positive. Of course it’s understandable because I was in a mainstream school – this is a non-specialized environment. Again, I’m not bitter at the teachers. Actually, my first year of primary school, that’s five years old and one of the teachers said “I don’t know what to do with him.” She was completely lost, but of course she’d be completely lost. It’s almost if you hear that saying “victim of circumstance”, they weren’t necessarily bad people. It was just a circumstance that happened and then it rolled on from there really.

Question 4: How are you sharing hope today?

I have only been doing this job for about six years in terms of speeches and consultancy and I have never ever seen a community with absolutely really nasty politics, militancy, bullying. I mean I’ve seen it on social media. I mean someone doesn’t say it’s the status quo, being ganged upon, trolling. I’ve never seen anything like it. Another thing that concerns me is the glamorization. You shouldn’t glamorize anything. Glamorization is not objective. If one size fits all condition so you start saying all autistic people are this and that and the other, what you’re doing is sadly creating a set of stereotypes and in any other context, would stereotypes be acceptable? No.

So, what I’ve learned is don’t get sucked in by it, do what’s in your heart, don’t define yourself or autism that it’s a superpower, that you’re special. The thing that has kept me grounded – I was born a human being like you and like anyone else. I was born a human being so I don’t overinvest in my autism at all. When I go to work, I’m a human being, when I go out there, I’m a human being. I don’t glamorize and I equally don’t demonize the issues. You keep objective. What don’t you hear about in autism? There are people with autoimmune conditions, metabolic disorders, tissue connectivity disorders, and neuropathy, things that affect the body and have an effect on that person’s functioning. In other words, autism is an adjective – it’s not a definition. It’s a stacking of preexisting conditions and depending on the stacking – you can get a more refined stacking, you can get a more complex stacking, you can get a more intermediate stacking.

Question 5: How should I (the listener) begin to grow in hope or share hope today?

Listen to the interview with Chris Williams and I on Soundcloud

My Dad was diagnosed with Asperger’s Syndrome in 2010, before that he was diagnosed with a form of blood cancer called CLL, what was also recognised in is that he had a p53 gene deletion which is a protein which protects the body from cancer and other auto-immune attacking virus’/cancers/bacterias.

Some people with Autism is not purely neurological it is biological too and that can mean the metabolic and autoimmune systems can be affected as a result, I believe this broadens the diversity of Autism and its different presentations and also I believe more research should be done in this area. Donna Williams also has these issues within her Autism “Fruit Salad” also.

Over ten years ago in the USA they done a test on 30-40 men on the Autistic Spectrum and they had partial to full p53 deletion.

My Dad is a very positive and empowering man and I wrote a poem which I feel, reflects this I love him dearly. 🙂

In Autism don’t “mourn for the life you could have had” work with what you have got here and now – My Dad has confirmed to me how precious life is, how words should be chosen properly and actions should be thought through – It’s him and what he has been through with a smile, positivity, courage and inspiration. I supported him in hospital with Autism training for the staff on the ward, he supports me when I have no more words and need assistance with things.  Give and take is so important.

“Reflecting on my Autism – The processing and communication issues that I have I look at it like this I have had set cards dealt to me and I’m going play them to the best of my abilities.”