The last ten years have been very intersting in 2009 I was recently out of the Mental Health Services with two personality disorders, auditory hallucinations and psychosis, I was self harming and attempted suicide.

By clinical observations I was serverely autistic, I was profoundly meaning deaf, meaning blind, body disconnected, oral apraxic and didn’t gain functional speech till later in infancy. I was and am thankful to my parents who had no means of any interventions (in the late 80s many were dated).

In 2010 I was diagnosed with autism and OCD and my speaking career started off in which I went freelance in 2015.

By “non-autistic” standards I “made it” in many ways I suppose. I was considered “retarded” by the village I lived in and was targeted and bullied by the children and adults till my mid-teens.

I was targeted and bullied at school from primary to secondary when I finally left in 2002 (with an isolated incident of sexual abuse) in the latter.

I went on to do an ICT coursecfor a year and had the greatest experience of my life from and educational perspective it proved I could be educated.

The bullying in employment started in 2002/3 so multiple jobs were lost and gained.

I was thankful to the autism base in Chinnor in around 2008/9 for supporting me as well as the start of my speaking career in 2010. Over that period of time I wrote and authored 5 books.

The bullying in employment stopped in 2015 when I went freelance and started working for My World.

This is longest time in employment that I have been safe, comfortable and seen as a part of the team.

I Am A Person-First

People wonder why I use “person-first language” this is why because I do not want to be defined by a “label”. I do not like serperatist “them and us, us and them” rhetoric we (as beings) are all a part of the human race

From 2013 onwards to now I am pleased to have met some of the most wonderful and friendly people in both my personal and professional life.

I lost my Gramp in March 2017 due to metatastic prostate cancer, one of my dearest friends and mentors Polly (Donna Williams) in April that year also to metatastic breast cancer and my Nan in December 2019 due to pneumonia. I shall always cherish my fondest memories of them.

I almost lost my Dad in 2011 due to chronic lymphocytic leukemia and then meningitis in 2018 as well as my Mum in May 2019 due to a complex thrombotic disease.

I have had great fun dabbling in art, poetry and what I call “insta-modelling” in which to my surprise and support from my friends up north has been rather enjoyable!

I have been interested in androgyny for many years prior and have been told I look as such.

One of things I can do well is pluck my eyebrows which I consider an achievement as much as anything else! 😉

In a sometimes mind boggling world of shallow, narrow cucumber minded folk. Remember to be the person you want to be, when you close your eyes, wake up, make breakfast and go to work.

Short and timely travels within a flesh vessel of chemicals, minerals, fluids and too many a complication to bubble upon the cooking fat of existence.

I do no t adhere to clubs of a singular mentality for sometimes a heard can lead the blinkered people towards darkly paths of anxiety and self recriminations.

So I say crumble the falsehoods of separation, for they create longer bridges of acceptance to cross, know you are one person with the ability of helpfulness to share love upon everyone.

I have had a month off from the “autie-land” and I can say it has helped me very much with with perspective, with mindfulness, with balance and neutrality – the old saying about “I have found myself again” is something to strive for at least in me eyes. Being balanced means you can cope, adapt and manage things better in your life that means in essence you can be a more “functional person” this helps with both positive and negative things that happens in ones life this to me is very important in not only finding oneself but also connecting with others.

I have a strong belief that if one is on the “stage” one is not the centre of but one is “apart of” this that means everyone in principle is on a equal playing field even if at times it doesn’t feel like it (media, magazines, TV shows etc). However lets strive and make it a reality anyway. I have laughed more, procrastinated less, created more (drawings and poetry), walked more, enjoyed the company of good friends and people – I think that is telling me something right there. So if you are around people who are selfish, hollow, fake, lack empathy, are controlling and so forth how many chances do they need?

How many minutes, hours and years does one waste on this? This is something I have learned and lived in just over month when one is is balanced you “see more” as I have said I am person first and if we see people as “people” rather than “objects”, “things” and “labels” then maybe humanity would have a better chance of getting along. Strip the militancy and extremism out of it and have a better chance of ALL people being listened to. 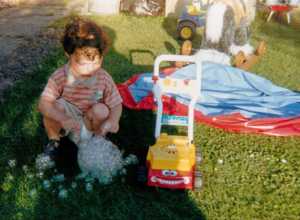 My previous blog was somewhat raw but a necessary look at situations that can affect the mind and mental health of a person (who ever they are) – with reflective thought and with the help of friends on social media – I believe as difficult as mental health problems can be the importance and acknowledgement of positive energy and that it is good for people.

How we get to this is personal so here are some things that have helped me over the years. 🙂

I do not proclaim victim-hood I do however acknowledge victimisation – this isn’t going to dictate me or my life all people on this earth deserve the right to be happy, content, settled and secure. I will continue to do this. 🙂

I hope this helps others. 🙂

Trying  to move on is needed because sometimes you have to, need to and of course even in times of my own darkened lament I am willing and can give people the benefit of the doubt despite the lowly cost things have had to my own mental health and the continued melancholic self perception – I can’t say this makes me stronger, nor better but I will have a go at being mature. I want to move on out of the dark pit. And I have posted strategies that have helped me below to take control of this. 🙂

I have put strategies up that have helped me as well as some honesty about my circumstances – however I try to acknowledge that there folks in the world that are going through more difficult times than myself and that if they have strength so shall I. 🙂