Note this is from a personal perspective
Hemiplegia in Children

Symptoms to Look Out For

Keep in mind that symptoms will vary according to each child. While some children may exhibit all symptoms, others may only exhibit a few. The common symptoms associated with hemiparetic and hemiplegic CP consist of:
Using only one hand while playing, typically surfacing before the age of three
Constantly keeping one hand balled into a fist
Unusually long delay in reaching developmental milestones
Extreme stiffness and/or muscle weakness on one side of the body
Balance and walking problems

Body disconnection has had an impact on my gait also in you think about not being about to perceive the pressure points of movement (toe and heel pressure), direction of legs and knee placement as well as having poor core muscle strength which is my case I feel was to do with being premature and having mild hypermobility/low muscle tone which may have also contributed to my problems with expressive language.

Phoebe Caldwell contacted me sometime ago with regards to trying out some insoles which are supplied by a company called Revs Lights and here is my feedback from my experiences of them. 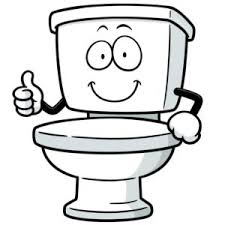 Parcopresis, also termed psychogenic fecal retention, is the inability to defecate without a certain level of privacy. The level of privacy involved varies from sufferer to sufferer. The condition has also been termed shy bowel. This is to be distinguished from the embarrassment that many people experience with defecation in that it produces a physical inability, albeit of psychological origin.

When I was eight years old and was going to the toilet at primary school in came two students were playing out side the toilets and preceded to kick the door in unison until it forced opened they looked upon me a laughed it took me a long to the process the event due to visual perceptual and language processing disorders.

This has has a dramatic impact albeit subconsciously on going to the toilet in public forums I cannot defecate until I am in places of familiarity leaving a level of bodily tension.

I have had a level of body agnosia and pain agnosia in my life which have caused, social emotional disconnect, alexithymia, language processing disorder and so forth. This can also cause problems with understanding and perceiving “pain”, “discomfort” and my case “being full”. Staying over a friends house made me realise the problems that still resonate eating food and then forcing your bowels not to move then caused an unfamiliar “sensation” which I was able to then realise was “nausea” in the pub.

The second the delayed response was in the home when my body moving without understanding why or where climbing up the stairs I projected vomit but had no understanding of what, why or how. A wave of exposure anxiety came over me I had to stop myself from self-harming wanting to hit my head and arms. I said sorry repeatedly for the mess which was made however they were very understanding and caring.

I luckily have a sense of humour and hold these things with a level of comedic reality and I was lucky to have like minded people in my company. 😉

Note this is from a personal perspective

LOOKING THROUGH THE FRAGMENTS

For people with at times complex visual perceptual disorders within their autism profile the “visual” enviroment may well be foreboding, scary, intriguing or fantastic. The waxing and waning may come from other factors such as mental health conditions such as undiagnosed mood, compulsive or anxiety disorders within the mix which can heighten and project the issues for the person in question.

As a child I found misdirection confusing and alluring at the sametime being able to “sense” through my fingers, toes and body rather than “seeing” with my eyes was a comfort it was tangible and “real” for more real in reflection that what my “eyes” were showing me.

The complex nature of my visual perceptual disorders have been documented in other blog posts and my second book  with James Billett in which the world was faceless, fragmented and distorted clarity was found in the moments of touch (to gain meaning, context and placement).

The level of body disconnection as the years go back was higher I had no idea of the “vessel” I was “living in” and that that meant I often wonder with that lack of groundedness made my an emotionally anxious child (amongst other environmental and  social factors). Legs, hands, fingers, toes, my trunk etc seemed to be in a world of their own with the realisation of their existence being triggered by an awareness of their movements and what that meant for me (rather than what other saw or reacted to how it looked).

I have mentioned about a lack awareness of trauma this included knocking a tooth, scraping my legs on barbed wire with next to now reaction to the the level of trauma itself and that a level of pain agnosia must have been present and still is to a certain degree.

I wonder if people in both educational, home and residential environments who have complex visual perceptual disorders (a level of face, object and meaning blindness), pain agnosia and body disconnectivity who self-harm because they do not have the internal “stopping point” thus causing secondary conditions that which is related to mental health which heightenings the presentation it is worth thinking about?

Note This is from personal perspective

When I was diagnosed with autism in 2010 one of the first things that I was told is that was still a “person” even if I didn’t the mechanics and/or “pieces” of my autism that nevertheless was a sage piece of advice that has stayed with me on a personal and professional level.

I have four main personality types which intermingle with each these are human in terms of presentation but will differ form person to person – human beings under stress may develop “disordered” versions of these types affecting social and personal perception, mood management and interpersonal relationships and friendships.

Not Relating To “Autistic Identity/Identity-First Language

I do not see my whole being as “autism” nor define myself by it. I see it apart of me, in my case the pieces are emotional perception, visual perception, language perception, auditory perception,
body perception, light sensitivity, information processing and learning difficulties with associated mood disorders, exposure anxiety, somatisation disorder, dissociation and personality disorders but they are not a total nor finite definition of my being. I can only speak from my perspective and that is all.

I am “Paul” first with the all the positives and negatives that come with it the likes, dislikes, regrets, dreams and the sense of just “being”.

I shall never adhere to the “club” there is to much militancy, over-investing and politics. I see myself as apart of the human race – no more, no less, no more worthy, no less worthy just a person like one of the billions of people on the planet everyone has a story to tell don’t they. 😉

The syndrome rarely presents itself the same way in every patient. Some symptoms that occur may be:

This is certainly true for me I have a limited awareness of my body and as a result have slammed my feet down so hard over the years (through not knowing pressure length of legs etc) that I I have a condition called Hallux rigidus symptoms of this started at around 12 years old.

So what has helped me? From personal Experiences

As I child even in my early development I didn’t point and one of the reasons for this was Finger Agnosia (which also part of Gertsmann Syndrome which I have as apart of my Autism Fruit Salad). I had no idea that on the end of my palms where digits which I could use as a from of communication because I was “blind” to them so what helped me “recognise them”.

This is a personal overview and from my experiences