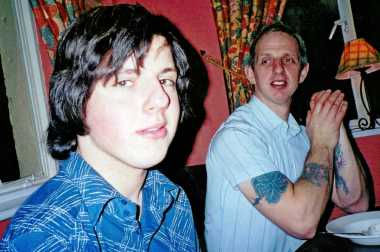 I can remember flashbacks, the terror, the feeling of being small,  worthless, subjected and cold this happened not that long ago as the thousand yard stare raised its ugly head from the fold. The realisation that something happened to me in my past which was buried under years of dissociation and memory based fragmentation a memory of an event at the heart strung up by a mass of tangled spider’s webs it truly was the widow of the web at its heart, her dark secret and revelation

Face To Face With The Reality Of The Past

A sad realisation of one incident which was sexual abuse is not an easy task to talk about in any forum I was 16 years old when it happened, but if it can help one person then in many ways my job is done. I decided to deal with this one alone to me I needed no therapy or endless talks about the what’s and the why’s etc, I went to the source it is near to me so I took that step on to hallowed ground with memories ripe or which I could remember soundly. This was a cleansing  exercise and I was going to sweat this one out.

Like some sort of scene in a movie I was there alone. I found the place I patterned it out and looked, simple just looked at the door that is all I needed to do I stood there for a few minutes nor more no less and made my peace with the past I had to because I knew if I didn’t this would eat me up inside.

Many A Road To “Rome”

Has this on a subconscious level had an effect on my personality? behaviour patterns, triggers and is apart of the package of my “fruit salad” I would say yes it has may I would have been a less vigilant person, a less closed person in some areas of my life. I have learnt that I will not let this mould me but I shall mould it and if that is the road to tranquillity I shall take it. I am no one’s victim.

Some people may think because of the nature of the work I do that I am detached, not accustomed to feeling out control, feel sadness, anger, confusion or despair I have got news for you. I am a person – when you cut me I shall bleed.

I have a lot of respect for my Father who has along with my Mother given my the stability, autonomy to be “myself”. 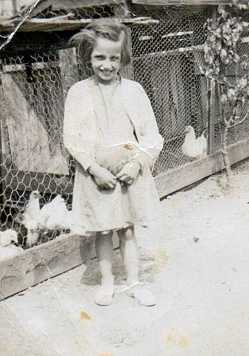 “Nanny” Janet in Ireland as an Infant

My Father was born in London in 1961 during that time his Mother had fled from Ireland and moved to the capital working in in pubs and living in small one bedroom holding in the old style basement houses. He had a traumatic existence with attachment disordered, borderline mother who had no sense of right nor wrong, instilled pitiful boundaries and was abusive to him from an early age working in pubs late at night and bringing lovers home and would have sex in front of him.

She would have parties also which were not monitored leaving my Dad to the whim of two female paedophiles at the age of three years old. They two women were on the bed asking him to do things to them what an horrific situation to be in.

My Dad was kidnapped by his Father and taken back to his house in which his partner said “don’t expect any fucking special treatment here”, he was recovered and later move to Oxford city were he resided on an council estate.

His Mother continued her existence of money and drink in either order and showed next to no parental love to my Dad from both an emotional stand point and also a sense of stability as he grew this became more apparent, no emotional support, not getting him the correct clothes, changing his surname without prior permission calling him, emotional manipulation, emotional blackmail, to other residents in the estate and so forth. She projected martyrdom to the outside world and would say do Dad on more than one occasion “Peter, I done my best”. Clearly this wasn’t true.  His absent Father’s last words time was a phone call in the early 90’s  saying “I didn’t  love you anyway.”  At the very least he was honest.

His Mother re married to a man who clearly had the same ethos as her and made it very clear to Dad that he didn’t like nor wanted him in the house. 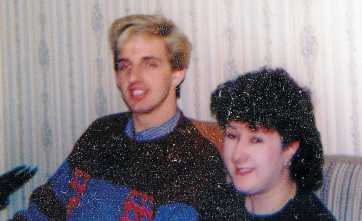 My Dad’s life changed in the when he met my Mother in a club in the 1980’s I think that not only changed his outlook on life but also, it took many years of pain, discomfort and self-awareness for my Dad to become the man he is today, he freely admits he has made many a mistake and has a positive attitude towards life  despite having a horrific upbringing with no love, care or sense of commitment.

Both my parents have giving me the gift of having a stable upbringing in the family home, giving me good foundations of boundaries, friendship, failure as normal and trying I am thankful for that and even more so knowing the history.