My Nan has been diagnosed with Paraphrenia a form of late onset schizophrenia that effects 0.1 percent of the elderly. This is secondary to an atypical form of grief.

She has had auditory hallucinations for 2 years along with complex visual hallucinations the most recent episode was in the morning seeing flames all around her. Others she has experienced are of people, animals and objects. This is related to urinary tract infections.

She has experienced psychosis and delusional thinking it is clear from my views of this states that she is very scared, confused during the lead to these events and afterwards she quite rightly views them as ego-dystonic (separate and in conflict with “self”).

Gender conforms nothing to me since my teens I knew I was effeminate and what sort of bigotry around chasms of narrow passed down thoughts that being “feminine” is some how the negative “ying” to the positive “yang” of being “a man” in the context of denying your own weeping tear ducts and inner feeling states.

I am probably more happy now that I can have a matured head on my shoulders that I can take the assured nature of experience and use it now.

Once I was told why don’t you go to school reunion’s? Having thought about this answer and the infinite amount of timely words I could plunder on this subject. I figured it would best to say never go back to the person you used to be you will only get lost again.

People change for all sorts of reason’s and those people who knew me time is about being the best version of yourself.

For those who bullied me who clad it with denial or detachment or the “phase of being a teenager” you probably needed a hug and listening ear more than I ever did.

A lady last night asked me about what made me have the ability to speak in an interpretation language in late infancy. Of course this is my own trajectory many other factors with information processing have to be taken into account.

There is no such thing as “pure autism” so there are many differing roads to Rome. Being brain damaged at birth due hypoxia meant I have challenges around visual perception faceblindness, object blindness and meaning blindness and hemiplegia.

Language processing disorder meant I was meaning deaf so with having visual, language and auditory pathways blocked I found other ways to map the world around me in a kinesthetic manner using my hands, fee and body as my“eyes” and “ears”.

Having oral apraxia and body disconnection meant that even I found the words they would fly away in an ethereal and ghostly fashion, my body was not in coherence with the environment I was in as I didn’t “see” nor “feel myself as a whole entity which moved through the world.

A World Before “Meaning” & Interpretative Frameworks

When I was echolalic my language was more streamlined and fluid when I explored the aspect of interpretative language it was stilted, slow and mechanical this was a transitional point from pattern, themed and felt language (a language that was before associative and relative meaning, in which phrases had emotional connection to self and were expressed to outside world) to a more interpretative framework. (in which in general the development of “self and other” is more fluid and less mono-tracked).

Exposure Anxiety was triggered and I disliked my “interpretative voice” and what it triggered every time others made my aware of myself leading to selective mutism.

A lot challenges I have overcome while others are more residual in their presentation. 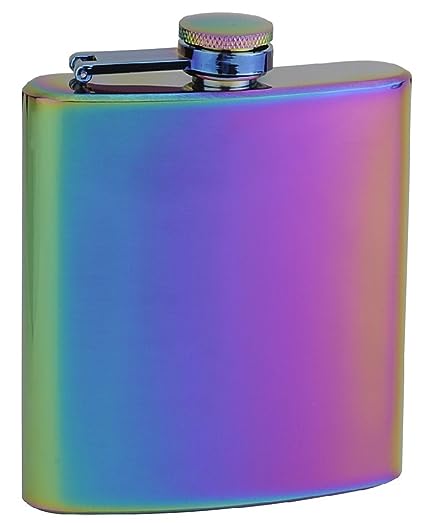 Note This was from a personal perspective

There are times when I even question my own perception visual and/or otherwise and got the the point wonder of how I cam to this conclusion.

Noticing An Object With No Context?

I was presenting a workshop around a week ago and in the room something every so often was catching my eye and intriguing me, its was shiny and rainbow coloured in presentation however I ignored for a while.

I was then talking about experiences of being object blind (simultagnosia) and meaning blind (semantic agnosia) and turned the the object of intrigue and held it and proclaimed and questioned  “what is this?” in about 5 seconds or more the audience explained that it was a hip flask!

It just goes to show that even on a residual level my visual perceptual challenges take me by surprise this were I made an effort to remember the object by touching the its smooth and bobbled surface.

Note this is from person perspective

About a month ago I was a friend of mine who is a speech and language therapist who works with people with autism, brain injuries (associated with language processing) other other neurological conditions.

She asked me about how I mentalise the world around despite having challenges with visual-verbal connections and the ability to “marry” words and images together. This made me think about how I piece my “world” together and what tools I have used to do so. So she suggested about a simple memory comparison which was to see in the mind’s eye a generic church figure which she could.

I said that when I think of a church I think of the feel and texture of the grass, the feel of the aged stone walls, the loud squeak of the wooden door, the musky smell of the aged church. She said can you bring all the those senses (experiences) together. I said I cannot as I think of them one sense at a time.

There appear to be multiple pathophysiological mechanisms that result in apperceptive visual agnosia. These may be related to the misperception of shapes due to defects in representing the elementary properties of curvature, surface and volume149 or failure to integrate multiple elements into a perceptual whole.150 Patients with severe apperceptive agnosia usually have extensive and diffuse occipital lesions and tend to have residual field defects.151

It’s clear that I have documented about having faceblindness, object blindness and meaning blindness which of course leads to “blindisms” in visual surroundings in which one has “context blindness” in which objects, faces and places lose their significance and visual-verbal meaning.

However it is clear from this conversation that the way in which I store memories through fragmented pieces of information bring about and evoke an emotional connection with what I am talking about.

The late Polly Samuel’s (Donna Williams) through her career had pointed out that firstly autism was adjective a describer of an experience rather than a definer of a person, she also pointed out through her books and blogs that “autism” is different for each person a clustering and multifaceted condition made of different conditions in both neurology and biology and contributing psycho-social factors, identity, mental health and environmental factors 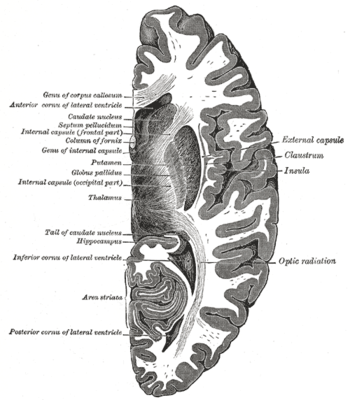 When noting and observing people with Asperger’s Syndrome the part of the brain which is being used to compensate for a disconnect right is the left, people with Asperger’s Syndrome have a condition called social emotional agnosia this means that the person cannot perceive facial expression, body language and tone of voice. Even thought sensory issues may present themselves it would to do with modulation and integration rather than sensory perceptual issues that effect different areas of the brain, faceblindness (prosopagnosia) has a high co-morbidity as well as dyspraxia, alexithymia and literal perception of language. So other words people with AS have to intellectualise in order to compensate for the disconnect in the right.

When looking at “classic” autism one makes the impression that the person has (and wrongly) a “lower functioning”variant of AS, this could not be further from the truth people with classic autism tend to to have receptive and expressive aphasia, verbal agnosia, speech/oral apraxia, and a higher rate of visual perceptual disorders such as simultagnosia and semantic agnosia. However introspection is in tact and just look at the poetry and art.

What if my brain injury or stroke is on the LEFT SIDE of my brain?

Injury to the left side of the brain may result in right-sided weakness and the following communication problems:

In one of my books, The Jumbled Jigsaw, I presented a range of conditions commonly collectively occurring in those with autism and Aspergers. I was asked about the differences between an Aspergers (AS) ‘fruit salad’ and an Autism ‘fruit salad’. As an autism consultant since 1996 and having worked with over 1000 people diagnosed on the autism spectrum there are areas that overlap, areas where similar can easily be mistaken for same, and areas that are commonly quite different. Some with AS can present far more autistically in childhood but function very successfully in adulthood. Some with Autism can have abilities and tendencies commonly found in Aspies and some will grow up to function far more successfully than they could in childhood but, nevertheless, when together with adults with Aspergers they each notice that the differences may commonly outweigh the similarities. Generally the more common differences are:

It is simple people need to start looking at the functioning of the brain and how these different systems work for different people. This will in turn create advocacy which is not only meaningful and beneficial but character building and the correct information will give a broader foundation and palette to work from. I have autism (as opposed to AS) not because I am just “saying it” but because of what part of my brain affected.

What I am not saying (and never will say) is that I am speaking for all that would be disservice to many people’s realities. I am fully aware that this may challenge people me saying there are differences however looking at the neurology behind it and Polly’s observations I think there is room for healthy discussion.