I met a lady at an autism conference this year who has expertise in sensory integration I described to her how I “see” the world and access it – she said there is a simple test it involves a pen at the midline of your focus and vision as she moves the pen she asks me to track the pen my eyes darted and had to “re-focus” as I could not follow the movement properly and process the visuals either.

Not all types of visual deficits caused by CVI will affect visual acuity. For example, in cortical visual dysfunction (CVD)16, the predominant visual deficit is not visual acuity loss, but rather disturbances in visual perception and integration. In higher-functioning children with CVI or CVD, specific visual disorders such as agnosias may be diagnosed. These include cerebral motion blindness or cerebral akinetopsia (the inability to perceive moving targets), simultanagnosia (the inability to focus on more than one visual object at a time), central achromatopsia16 (color desaturation), prosopagnosia (difficulty in recognizing faces), topographic agnosia (problems with orientation; see section on rehabilitation), and astereocognosis (difficulty with depth perception)17. Thus, although not all children with CVD have associated CVI, certain children with CVI (with loss of visual acuity) may show signs of CVD

“The most common cause of CVI is an hypoxic-ischemic injuryl-3,10,19,20. At least 60% of children with neonatal hypoxic-ischemic encephalopathy have cerebral visual impairment12. Hypoxia (lack of oxygen) or ischemia (tissue death due to loss of blood flow, and thus oxygen deprivation) in the preterm baby leads to a characteristic injury of the brain, namely periventricular leukomalacia (PVL)21,22, which can be detected by MRI.” 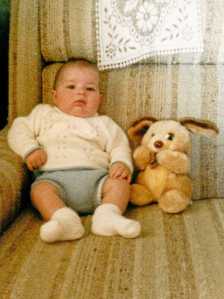 Me a 6 Months Old

From a personal perspective tinted lenses have had a great impact on how I process visual information and integrate it. The lenses have also helped with

That also includes not only what the fruit salad is made up of but also the origins that made them.

What Is Autism? Blog Donna Williams